METHODS OF TAIL DOCKING IN DOGS

Methods of Tail Docking in Dogs

Most veterinarians agree that the risk of tail injury is high in adult dogs; Docking is a necessary precaution to further harm. It does not affect the dog ability to do the daily activities also docking improves health and welfare. Docking is the removal of portions of an animal’s tails or ears. While docking and bobbing are more commonly used to refer to removal of the tail, the term cropping is used in reference to the ears. Tail docking occurs in one of two ways. The first involves constricting the blood supply to the tail with a rubber band 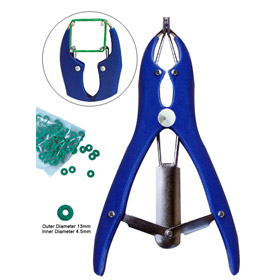 for a few days until the tail falls off. The second involves the cutting the tail with a specially designed tools Emasculator, 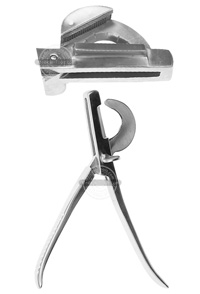 Dog breeds that were historically used as working dogs appeared to have encountered various issues from their tails getting severely cut as they ran through bushes. Sooner or later infections would set in making tail docking a common preventative procedure. With little or none veterinary at those times, docking seemed like a wise preventive measure.

It must be considered as well that centuries ago in Germany, taxes were collected from the owners of non-working dogs, these taxes were defined as “tail taxes” since the distinguishing feature between a working dog and a non-working dog was the presence or absence of it’s tail.

This is because most breeds, in particular, had their tails docked depending on how they were primarily utilized at work.

Tail docking remains still a controversial issue. Many countries ban cropping and docking. While taking a look back into history various explanations for tail docking may seem plausible, today the practice is strictly cosmetically oriented and therefore, really unnecessary. Whether to dock or not in today’s modern world remains the owner’s choice. However, should to dog have the right to choose if his tail should be docked or not, we already know what his answer would be as he expresses himself with the liveliest tail wag ever…..

There are some methods of docking are commonly practiced:

The majority of breeders used the technique known as “banding”, in which a band, was placed over the end of the puppies tail at 24-96 hours old. This effectively cuts off the blood supply to the end of the tail, which comes away within 4-7 days.

Many vets used to cut the tail with surgical instruments. There is generally no need for stitches, but on occasions, these can be used, especially with the larger breeds.

Does It Hurt Puppy

Docking is carried out when puppies are tiny. Their eyes are not yet open and long experience indicates that if carried out correctly, the procedure causes little discomfort or pain.  After docking, puppies will immediately return to their dam to feed, and there is no evidence that development or weight gain is in any way arrested by the docking procedure.

Nor does a dog which has been docked as a puppy have any problems with balance or communication.

If, however, tail damage occurs during adulthood and docking has to be carried out for therapeutic reasons, normally under anesthetic, a dog can be seriously distressed and the healing process can be painful and protracted.

There are two main reasons why Dock Tails:

This is the most important reason for docking a tail. A number of working gundog breeds have to hunt game through heavy vegetation and thick brambles, where their fast tail action can easily lead to torn and bleeding tails which are painful and extremely difficult to treat. Docking the end of the tail eliminates the risk of injury.

2. For reasons of hygiene

Dogs with thick hair have a good chance of getting feces on themselves and caught in the tail. Docking can greatly reduce hygiene problems.